14 Advantages and Disadvantages of iOS

If you prefer Android, you may be curious about the ongoing commotion with IOS software. In simple terms, IOS is Apple’s mobile operating system, initially conceived for the iPhone but has since been ramped up to support various other Apple devices such as the iPad and iPod touch.

IOS is astounding for a considerable number of happy individuals all over the globe. It is marvelous, elegant, and effortless to use, and you will also find a large number of applications as well as oodles of knowledge to assist users in skimming through the App Store.

There will undoubtedly be many who are dissatisfied with the product. Those who want to be free of the constraints believe Apple has imposed on everyone, from the pre-defined programs that come with iOS to the fact that its basic framework can never be altered autonomously by independent software engineers, third-party programmers, or even end consumers.

The first iOS smartphone was released in 2007. Since then, Apple has become one of the world’s largest technological businesses. However, its hefty pricing deters many consumers from purchasing.

To fully understand the benefits and drawbacks of iOS, it will be essential to become more familiar with each of these systems.

In this piece, we will try to exemplify some of the advantages and disadvantages of the Apple operating system.

First and foremost, we shall illustrate the most significant benefits of the iPhone’s operating system, iOS. The advantages not included in the list are their terrific models and super handy apps.

iOS has the massive benefit of being extremely simple and functional with every subsequent release.

If you have an old iPhone and wish to upgrade to the latest iPhone, you will notice no significant changes in the user interface.

This preserves performance consistency while limiting adjustments to the design process.

The iOS operating system has long been praised for resisting foreign cyber attacks. In addition, the security code with the typical 4-digit system has been changed to 6 digits with the current version.

Because applications in the Appstore must go through a rigorous vetting procedure, only apps with higher levels of security are authorized.

You cannot anticipate your phone to be in jeopardy, and there are extremely few odds that you would install dangerous malware into your phone.

Devices running on this ecosystem have no chance of receiving viruses or other hazardous software since applications and features are validated for the specific platform before being launched for use.

IOS does not irritate its iPhone consumers with uninstallable bloatware. Every gadget includes a fantastic calendar, email client, maps, and other helpful tools.

If you dislike any preloaded applications, you can quickly delete them to free up space on your iPhone.

Conversely, Samsung and other Android phones come preloaded with cloned apps. This demonstrates how the IOS excels in the no-bloatware area.

This service has so far been made available in different languages. Siri can converse in Chinese, French, German, Italian, and Spanish.

Apple and Google each have a comparable amount of apps accessible in their respective app stores.

Apple had roughly 1.2 million applications in the App Store at the time of publication. Google has a little more than 1.24 million apps.

Likewise, Microsoft offers almost 161,000 programs accessible in the Windows Store. However, Apple has significantly stricter standards for developers than the other major companies.

Lovers of iPhones will attest that these gadgets produce less heat even when used for extended periods.

This is because iPhone batteries are proven to create far less heat than those used by other operating systems.

Many users choose the operating system and its distinctive gadgets because they can play games for extended periods without worrying about overheating.

iPhone owners have extensive gaming experience. Top-tier organizations create the games, and all games must pass through app approval boards. Only games with no coding bugs and can run properly on the device are certified.

The iPhone is the perfect mobile gaming system, with its ultra-wide 3.5-inch screen, high-resolution display, high-speed 3G and WiFi, and multi-touch gameplay choices.

Apple Music, Apple Maps, i-Cloud storage, Apple Card, and Apple Cash are some applications that can not be operated on other operating systems.

Now we will look at the downsides of the iPhone’s operating system, iOS.

The high cost of iOS is a critical disadvantage preventing it from outperforming the Android operating system.

IOS devices are expensive, and purchasing one might burn a significant hole in your pocket.

This is why it is less than ordinary in financially deprived sectors of society. The apps are pricey in value, and there is no app widget assistance.

When comparing applications, the majority of Android apps are free to use. Additionally, with so many limits, iOS applications must match various standards, inevitably boosting development costs, and making them expensive for end users.

The iPhone and iPad do not support SD cards, and you cannot expand the memory of the iOS devices. When purchasing a cell phone, you must consider the memory available.

If your iPhone has limited storage capacity and you wish to expand it, replacing the device is your only choice.

Higher-capacity IOS devices are expensive, and there is no method to increase your iPhone’s internal space.

Because of the platform’s unique characteristics and traits, apps developed for the iOS platform become quite hefty, consuming ample memory space on the device.

Those who want to play games on their mobile devices using this framework will need to make space for apps that are several gigabytes in capacity!

There is no room for modification in IOS. The only personalized thing you can do is change your background.

On Android, you can alter anything, and I repeat everything. The app’s symbol, moniker, and folder emblem, and if you utilize it, you get a file system. If you are into it, you could even pop custom ROMs.

But, in iOS, you cannot modify your ringtones and must rely on the preset ringtones. Pro-tip: You may change ringtones using any other technique.

The site offers very few trendy design updates due to the minimal variation in user interface and style.

The home screen remains the same even when customers purchase newer versions with almost the same symbols.

The iPhone has a relatively limited built-in battery capacity, and Apple chargers are hard to come by.

We usually run out of battery, making it even more challenging to use this phone without a standard charger.

The primary disadvantage of the iPhone is its charger, which is not generic like more than 83 percent of the world’s phones.

If you utilize 3G/4G on your iPhone, your power will fast drain. This is because applications like Instagram and Pinterest utilize much data and drain the battery faster.

Because iOS is not open-source, you cannot alter it or use it on devices other than Apple’s. Regarding Android, any mobile business, such as Samsung, Huawei, or HTC, may easily alter it.

Android devices may install third-party app from any provider, official store, or elsewhere. Still, iPhones and other Apple devices are restricted to using only applications from the App Store.

It is nearly hard to download anything from the internet to the iPhone. File sharing is also a significant issue.

The majority of individuals in underdeveloped nations use Android. As a consequence, iPhone users have difficulty transferring files with others.

NFC and radio support are not available in iOS. NFC is a function that allows communication between nearby devices. The unfortunate aspect is that iOS devices do not feature NFC.

Additionally, unlike smartphones running on other systems, Apple phones do not include a radio. To listen to the radio on their iPhones, users must first install radio applications.

Summary of IOS advantages and disadvantages

Since you are aware of the critical benefits and drawbacks of iOS, you can seemingly choose which system is the best for you.

This will depend on your demands, and if it meets them to the greatest extent possible, do not hesitate to get the technology you like.

Make the most of the technology available! 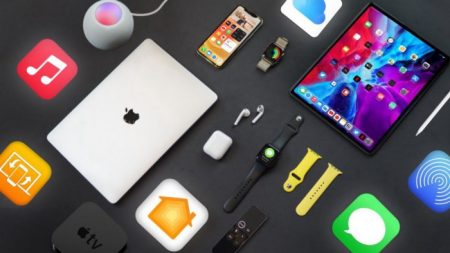 10 Pros and Cons of Apple Products

12 Pros and Cons of Wi-Fi Calling

12 Pros and Cons of Electric Cars

10 Pros and Cons of Apple Products

13 Pros and Cons of Slate Flooring