We’ve all heard of the Apple Watch, haven’t we? We believe it gives us a sense of aristocracy through our palms.

Apple launched a strategy to revolutionize the watch industry within the last decade by unlocking the Apple Watch on the planet, equipped with its many functionalities. This one-of-a-kind smartwatch is an excellent buddy and reliable ally to other Apple products, particularly the iPhone.

According to Business Insider, the Apple Watch is more popular than ever, selling more to buyers in a single quarter than the Swiss watch industry combined.

Apple watches are nothing short of a modern-day marvel! The company has created a true magnum opus with something as simple as a watch, combining the features of a watch with the elegance of modern-day wearable technology.

But are these watches a good buy for everyone, or do they appeal to a specific demographic? Are there any disadvantages to consider? Let’s look at some of the benefits and drawbacks of owning an Apple Watch.

There are numerous benefits to owning an Apple Watch. Here are a few examples:

The Apple Watch has functions and apps that make the high price worthwhile. Some of the vital functions of apple watches are,

It can communicate with your iPhone to notify you when you receive messages from social media.

It is an intelligent device that acts as a step counter while also reading your pulse rate, playing songs, reminding you of appointments, and making phone calls and text messages. It accomplishes much in a small device you carry on your wrist.

The architecture of any Apple product has always been important, and the Apple Watch makes no exception. With its curved edges and interchangeable straps, the watch has an athletic, elegant, and stylish appearance.

The display is crisper than other smartwatches, and the digital crown allows users to skim or hover without taking up too much screen space.

The more expansive display also makes it simpler to view text messages and photos and browse websites, among other things. Despite the large screen, the watch does not feel big and clunky on the arm.

Although an Apple Watch can perform many of the same functions as an iPhone, it is not a complete replacement – at least not yet. However, it can be beneficial as a tracker if you lose your iPhone nearby.

If your iPhone and watch are still linked, you can easily spot your larger device using the Find My app. Press the watch to cause your iPhone to output a ringing sound you can use to find it.

This is an elementary functionality, but you’ll likely use it repeatedly.

Of course, unlike the first edition, the Apple Watch is now water-resistant. Adorning a smartwatch on your wrist and safeguarding it from splatters and sloshes would have been difficult if Apple had not made it water-resistant.

You can wear your watch to the pool and swim without worry that you’ll ruin it. It can withstand water in any shallow-water activity; however, other activities, such as scuba diving, water skiing, and so on, are not advised.

You can even wear your watch while showering. But it would be best if you protected it from soaps, shampoos, and lotions, which can damage the waterproof seal.

In the event of a severe fall, the SOS features come in handy. Whether you are at home or work, your Apple Smartwatch will undoubtedly be the first to alert emergency services. When you collapse while wearing your Apple Watch, it sounds the alarm and reveals an alert.

You can immediately contact emergency services or reject the alert by pushing the Digital Crown and selecting “I’m OK.” Apple smartwatch detects a brutal hit with highly precise and sensitive accelerometers and gyroscopes and instantly provokes you to take appropriate action.

If anyone is nearby, they will hear a buzzer within 30 seconds. If you do not respond to the SOS within 60 seconds, it will automatically send an emergency call.

Apple Pay on the Apple Watch is a work of witchcraft! Rather than searching for your pocket or even your iPhone, merely press a button on your Apple Watch, keep it close to the terminal, and your payments are made.

What makes it so good is that it’s always on your wrist, it never discloses your genuine credit card number or private details, and it shuts down if it loses contact with your skin (through the heart rate monitor) so no one else can misuse it.

The Apple Watch is especially appealing if you have many tap-to-pay options nearby. Tap-to-pay is already common in numerous countries. And it is still being rolled out in the United States.

While the Apple Watch has a plethora of fantastic features. This smartwatch is not without flaws.

Preceding smartwatches had significant issues with high power consumption and short battery life. The wearer of the Apple Watch will use it actively, but this use quickly depletes the battery.

While it has an honorable average of 18 hours between charges assuming frequent use, it needs to catch up compared to some of its competitors, such as the FitBit and Samsung Smartwatch.

The Apple Watch’s premium cost is primarily due to the trademark. Apple Watches are available in steel, aluminum, and gold cases.

It is considerably more costly than some equivalent competitors on the market, with prices ranging from $400 to $800 for newer versions based on various attributes.

The product targets the upper-middle and upper-class demographics. Still, as new models are launched regularly, they reduce the price of older models, so with a bit of patience, you can get one at a more reasonable price.

This may appear to some as a benefit, but the same can not be said for those seeking fresh air. Apple’s failure to update the design of its watch may be perceived as uninteresting and dull.

Compared to other smartwatch manufacturers, they have a much more comprehensive range of case shapes and designs. Consider the case of Samsung!

This is not available to Apple Watch users. Since its commencement, the case shape has remained constant. Choose a striking case material, strap designs, and color to make your Apple Watch stand out.

Most smartwatches had wide screens in the early days and still do today, but the Apple Watch’s screen size is relatively small. This is not ideal for most people who require good vision to see what is on their screen.

Some users may struggle to select the appropriate option. Mishits are persistent mistakes with the smartwatch’s small screen because it has a small interface. If you’re used to large screens, you might find it difficult to use similar features on a 44 and 40-mm interface.

For many Android phone users, this is a bummer. To set up an Apple Watch, you must first have an iPhone. You must use the Watch application on your iPhone to invoke the Apple Watch, configure features such as Apple Pay and iCloud, and enable cellular connectivity if your watch supports LTE.

An Apple Watch will only complement an iPhone, not an Android device. While it is a Bluetooth device, the watch is only created for iPhone use.

There are numerous other options if this is a drawback and is a total miss for you. You might be surprised to learn that several smartwatch operating systems are available, and users who do not own Apple products are more likely to look elsewhere.

The more functionalities you enable, the more notifications you will obtain; you will be consistently notified about your calorie count, ECG, and even the distance covered, whether you are going for a run or a movie!

Numerous notifications can make concentrating on everyday routines such as studies and workplace consultations difficult. Well, it is sometimes better to silence your phone and disconnect it from the tethered smartwatch.

Apple has invested heavily in smartwatches, which are worth owning and relishing. People are still seeking a new smartwatch, such as one by Apple, although it is more expensive than an iPhone. This demonstrates that the Apple Watch is a high-quality product, as evidenced by its handy features. 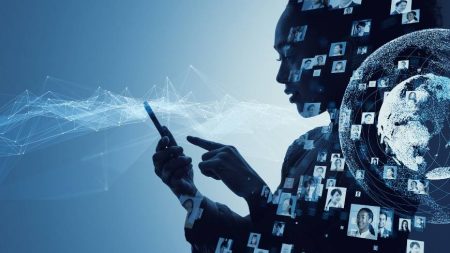