12 Pros and Cons of Trade Deficit

Currently, the news is dominated by reports of customs tariffs, trade wars, and trade deficits. Politicians are determined to maintain the balance of trade by introducing new tariffs.

Trade deficits can be defined as trade imbalances within the national economy where rapid growth of capital expenditures occurs due to growth in imports compared to exports.

The ‘eye for an eye, a tooth for a tooth principle is fueling international trade rhetoric charged by the financial media, warning investors of the associated risks.

Is it true that politicians should correct the bilateral trade deficit? Do countries with a negative trade balance have a problem?

Due to the negative connotation of annual trade deficits, many people think this is not good for the economy, and so are imports. However, trade deficits don’t matter; economic growth can be excellent with or without.

The country can benefit from a trade deficit. In theory, everyone wins when everyone produces what each does best; therefore, better resource allocation and free trade would benefit consumers and producers alike.

However, a long-term trade deficit can harm the country, especially small and developing ones.

Here are the pros and cons of trade deficit.

The trade deficit is not as harmful as politicians and the media have painted. Trade deficits are calculated by subtracting a country’s imports from its exports. If imports are more extensive, there is a shortage.

It leads many politicians and analysts to portray imports as bad for the economy and exports as good.

But if trade deficits are so terrible, how come the U.S. economy has grown so massively and is by far the largest economy in the world, even though the country has had a trade deficit since 1977?

The most apparent advantage of a trade deficit is that it allows a country to consume more than it produces.

A trade deficit can help countries avoid shortages of goods and other economic conditions in the short term.

In some countries, the trade deficit corrects itself over time. A trade deficit is downward pressure on a country’s currency under a floating exchange rate regime.

With a cheaper domestic currency, imports become more expensive in a country with a trade deficit.

Consumers respond by reducing consumption of imports and switching to domestically produced alternatives.

A depreciation of the national currency also lowers the cost of a country’s exports and makes it more competitive in foreign markets.

A trade deficit can also occur because the country is highly desirable for foreign investment.

For example, the status of the U.S. dollar as the world’s reserve currency creates a strong demand for U.S. dollars. Foreigners must sell goods to Americans to receive dollars in return.

As of March 2021, foreign investors held more than $4.2 trillion in U.S. Treasuries, according to the U.S. Treasury Department.

Other countries had to run a cumulative U.S. trade surplus of over $4 trillion to buy these Treasuries.

As many politicians view, imports are not necessarily bad. For example, households gain purchasing power, and companies increase their profitability by buying cheaper foreign products than domestic products.

Through imports, companies can obtain capital goods that will enable them to improve the quality of their products and thus increase their exports later.

In other words, increasing imports today may promise an increase in exports tomorrow.

An increase in imports is explained by either an increase in domestic income, which increases domestic demand, or a fall in the prices of foreign products relative to domestic products.

In the first case, expenditure increases for domestic products, so the rise in imports, and therefore the widening of the trade deficit, is positively associated with employment and growth.

In the second case, on the other hand, the rise in imports may occur to the detriment of domestic sales, in which case growth slows down, and job destruction accelerates.

For example, incomes increased more rapidly than imports in the U.S., which suggests that the link between imports and domestic employment was positive overall.

In this case, lower trade balances, i.e., more significant trade deficits, have been associated with an acceleration in growth, especially before 2009.

Today, the United States is relatively close to its full employment, so it is challenging to replace imports with domestic production in the short term.

In this context, the deficit signals that Americans buy more goods and services than the domestic economy can produce. The “lost” jobs are then not real jobs.

Trade deficit could raise the standard of living in the country as its residents have access to a broader range of goods and services at more competitive prices.

It can also reduce the threat of inflation by creating lower prices. Over time, trade deficits can cause jobs to be outsourced to other countries.

A trade deficit is determined by consumers’ and companies’ choices in a free market. They choose to buy imported goods based on market forces: price, supply, value, quality, and the like.

Businesses and consumers have free will and generally only buy imported goods in their best interest. The national cash book and whether there is a surplus or a deficit is only the result of these decisions.

An example of this is the Canadians who live near the U.S. border. They often drive to the U.S. to buy milk, cheese, and other dairy products; because of Canada’s trade policy.

Dairy imports are restricted to protect Quebec’s dairy farmers, resulting in milk prices in Canada sometimes being twice as high.

In other cases, companies sometimes circumvent bilateral trade restrictions (tariffs between their country and another) by shipping goods through a third country, where the tariffs do not apply.

Rising imports indicate that consumers and businesses lean towards consumption, which signifies a strong economy and a healthy demand.

When a country finds itself in a situation where it cannot meet all the needs of its population, it is urgent to meet them.

It has no option but to resort to the international market to buy what its citizens require to satisfy their requirements.

When a country decides to import products, goods, or services, this increases its quantity and supply in the domestic market.

It, in turn, translates into a decrease in local prices since they must compete with the increase in foreign competition.

This situation can generate a decrease in the country’s inflation, greater satisfaction with the needs of its population, and a feeling of well-being in the population in general.

If a nation’s economic growth occurs very quickly, it would have to import more goods to meet its expansion, and its inhabitants will have the possibility of consuming more products than their country can produce.

All this shows that a developing and growing economy can present a trade deficit.

If an economy experiences a trade deficit, it invests more than it saves. In other words, it finances its excess investment by using part of foreign savings; the nation will be in foreign debt.

From this point of view, a trade deficit is harmful if the indebtedness it entails is unsustainable. The question then arises: what are the capital inflows used for?

If a country has persistent trade surpluses, citizens of other countries acquire funds to buy up capital in that country. It could mean new investments that increase productivity and create jobs.

However, this may also include the simple purchase of existing businesses, natural resources, and other assets.

If these purchases continue, the investors from foreign countries will eventually own almost everything in the country.

According to the twin deficit hypothesis, there is also a relationship between the trade deficit and the budget deficit.

Some economists think that the European debt crisis was partly caused by some E.U. members having a permanent trade deficit with Germany.

Exchange rates can no longer be adjusted between eurozone countries, making the trade deficit a bigger problem.

If imports continue to outpace exports, the trade deficit will worsen, leading to more outflows of the U.S. dollar.

The dollar flow from the country leads to a weakening of the currency. As the dollar weakens, it makes imports more expensive and exports cheaper, leading to some decline in the trade balance.

5. Competition between Domestic and International Market

Even though the trade deficit may not be such a negative situation, a permanent tendency to exceed the number of imports over the number of exports will not allow any country’s continuous and progressive development.

The reason is that its national production will always have to compete under a condition of disadvantage against products from abroad.

Many things can affect whether a country has a surplus or deficit, including exchange rates, currency appreciation, economic growth, citizens’ incomes, inflation, recessions or growth in other countries, and the competitiveness of domestic companies.

Countries must understand why they are experiencing trade surpluses or deficits and work towards achieving what they believe is a sustainable balance for their country.

13 Pros and Cons of Freelancing 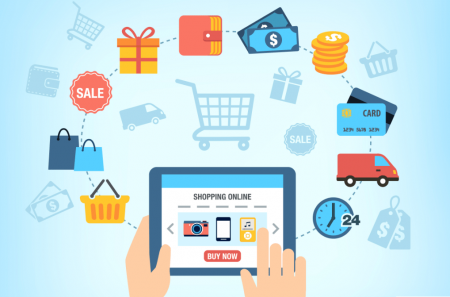 16 Pros and Cons of Online Shopping 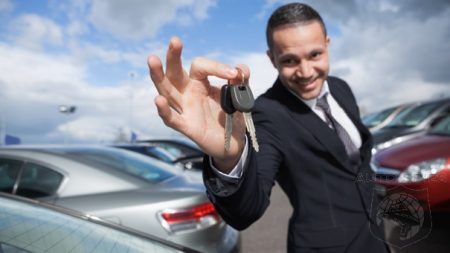 14 Pros and Cons of Being a Car Salesman